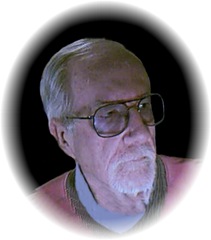 Several months ago, I was asked if I would be interested in contributing occasional writings for Spiritual Climate. These could be on a subject(s) of my choosing to bring up the rear (so to speak) of the newsletter; being the oldest member of the group, made me think of Andy, though I do trim my eyebrows.

“T’is the Season to Be Jolly”

My Christmas season starts earlier than most. If I don’t have my tree and decorations up by Halloween, my grand kids think there is something wrong. This year I did, however, wait until the day after to decorate and light the tree, and the day after Thanksgiving to turn on the outside lights. Don’t want to offend anyone, you know.

And now, December 9, most of the shopping is done! Did the annual Mall trip a couple weeks ago, to get the “flavor” of the holiday season? (That’s Christmas to those of you who are not offended) Bought a few things, but the bulk of present purchasing was done at Amazon.com, and other shops while I checked out online sites naked from the comfort of my own home.

Though starting this article with another story, I felt inspired to share some thoughts and experiences brought to mind today, when trekking out for the annual Brother Bonding Shopping Spree. Though seemingly disjointed, they are examples of how this “senior” mind works. I keep reading how bad the economy is and how retailers are so worried about making up for lost annual sales. Today is a Wednesday and at 10:30 a.m. the only parking spaces in site of the stores were for handicapped. Lucky us! My brother was looking for Sponge Bob Chump Bucket Legos (say that 5 times fast) for his grandson and it took four of the hiking trail super stores to finally come up with one. Presumably they are lead free. While looking through Target, I saw an associate talking on his walkie- talkie to another employee. “Sorry, I can’t help you now,” he said. “I am with a “guest”. If we are no longer customers, but guests, then why do they make us pay?

Then it was time for lunch at Pannera Bread, his favorite spot. I ordered a sesame bagel with cream cheese and coffee dujour. “Do you want anything with that?” I was asked, “Just cream cheese, please.” The same question was asked and answered two more times before I realized I was supposed to say “plain cream cheese”. The look I received was not particularly forgiving, taking up valued noon time rush. The highlight of the day, however, helped brighten my otherwise cynical outlook. A young mother noticed my brother standing, waiting for a place for us to sit. She got up and walked the length of the room, and invited us to join her. She was shopping for her three daughters and sitting alone. Not only did we sit with her but had a delightful conversation, and not once did her cell phone ring.

That brings me to my cell phone outrage…. It seems that few today can tolerate being in their own company, whether shopping, driving, or having the daily walk or jog. Multi-tasking is great, but not when it puts others at risk. I’m sure you have all seen someone go through a light, changing red with cell phone in one hand, and a cigarette or coffee in the other. God grant me the serenity to accept the things I cannot change. It made me think of an old game we used to play while riding on a trip: that of counting out of state license plates. Now, though, whoever counts the most cell phone using drivers, wins.

To end the tale of this day, we stopped at the local Walgreen store on the way home. Upon checking out, the cashier asked me,”Do you need batteries today?” Answer: No thank you, I am traveling under my own power.

“And The World Will Be As One”

My brother and I were brought up in a time when there were perhaps one of two blacks in our entire graduating high school class. Our father was somewhat bigoted, but didn’t single out African Americans; he often referred negatively to Italians, Portuguese, Hispanics and anyone else who wasn’t a purebred ‘WASP’. Each had their own distinct characteristics, but we could trace our ancestors to the Mayflower. You’re impressed now, right-<smiles> As the years wore on, thankfully things began to change in his attitude as well as the country’s, but then it had to for him, for he loved his family. In his later years he found out African Americans weren’t so bad, especially when one married his grand daughter. Nor were Portuguese, Hispanics or even gays. I debated going on with more background, but that is not necessary, nor what my meanderings are getting to.

‘Robert’ (name changed for privacy concerns) and ‘Joseph’ (my nephew, name changed for privacy concerns) have been partners for eight years. They met while roommates at college; Robert becoming an elementary school teacher, and Joseph, a high school music director, both of whom received Teacher of the Year Awards at their respective schools. For a number of years they wanted to adopt children, and towards that end they even moved to another town with a superior school system to the one they were in, anticipating an eventual adoption. After many tries and dollars, taken by no result promises, they finally became one of eight couples being interviewed by the state for the care of a seven year old Hispanic boy. ‘M’ was taken by the state along with his two siblings from their abusive parents, bouncing from orphanage to foster homes, for a number of years. Much to their delight they were the selected couple to provide a home for the boy, a home, unlike any other he had known or dreamt about. ‘M’ now has his own room, neighborhood friends and loving family. My brother and his wife, now have the grandchild they had longed for. This past year ‘M’ was legally adopted by his new “Dad” and “Poppy.”

My brother for many years was a stereotypical “Archie Bunker” and as a result Joseph kept his sexual identity a secret from them. After much prodding from other members of the family, he finally told them, realizing he was denying them and hurting himself with the stress.

This past summer, I received an invitation in the mail, inviting me to the civil union of Robert and Joseph, to be held at a church in Connecticut where they live followed by a reception at a local country club. And this is the reason I decided to tell this story.

A formal wedding could not have been more beautiful: a perfect day, lovely church decorated with an abundance of flowers, and choir. The church was nearly filled by the invited plus many friends, teachers and students who just wanted to be a witness and part of the event. Joseph and Robert came down the aisle dressed in formal tuxes followed by ‘M’ carrying the ring pillow, the four parents and ushers.

All of those in attendance agreed it was one of the most beautiful and happy occasions they had witnessed. Gay, straight, friends, neighbors, family, African Americans, Hispanic, Korean and probably some I missed joined as one, dining, dancing and singing for the remainder of the day.

And the most heartwarming part was my brother, leaning over to me and saying, “Why can’t the world be like this every day?”

What does all this have to do with the Spiritual Climate? Everything!

I wish all my friends on the staff of the Spiritual Climate Newsletter, along with family, friends and fellow travelers the very best of the holiday season and a brighter New Year. May all our lights shine brightly in the upcoming year.

May Light Be Extended Unto You

you know you want to do it:
EV SSL Certificate
error: Alert: Content is protected !!