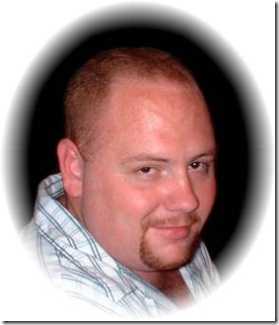 Escaping the Realm of Unipolar Existence

From the past to the present and on through the future it is impossible to track the growth one experiences without the contrast afforded to us by time as it fuels our momentum in the space we operate in throughout this process. One way of looking at this is to think about a garden. From seeds to flowers, and in time even fruit, the contrast in form and function continually change from the first stages of growth to the final harvest, be it roses for a loved one or vegetables to feed a family. Over time the growth process takes place within the physical forms that started as seeds produced by the growth process of the previous generation. Still, a garden does not grow all by itself. Someone has to nurture and aid in the growth process to insure a healthy harvest. This is much like the mentoring process (only after another fashion) experienced by students in schools of spiritual development. Without someone to tend the process there is no harvest. For that person to watch over, nurture, guide, and teach they must have been guided through the same process by another mentor brought up within the same tradition, whatever that tradition may be.

Through the mentoring process many people find themselves opening doors to find themselves. Through a true spiritual tradition one finds their true self and learns to unlock the secrets of an ever unfolding universe. Within these traditions there are many manuscripts that are written records for the tradition leaving instructions and methods to future students. Many of these manuscripts are encoded. For obvious reasons it takes a mentorship process to properly develop in any tradition, but with the traditions themselves there is an oral tradition which holds the keys to the encrypted messages of the tradition as well as a system of checks and balances. There are several reasons for this double blind approach to mentoring in a spiritual tradition. One of the biggest and most overlooked reasons is human error in the form of our own personal IGNORANCE.

Now remember we are living in a world of truncated views. This world is full of feel good happy sunshine people who think life is like Saturday morning cartoons, people who perhaps need to learn that the Care Bears are not real! Imagine that one or a group of these people get their hands on a bit of information and decide to start the latest “feel good movement” in a country of individuals who feel they are running for cover with targets painted on their backs. The ignorance resulting from a society pacified by truncated versions of the truth coupled with the need for security and a sense of control, an illusion almost as grand as the one presented in the theory of attraction being paraded around as the latest form of the emperor’s new clothes in the media, would give anyone an opening to manipulate and persuade vast numbers of people. Of course there is a plethora of plausible explanations other than being manipulated by a hunger for the illusion of control. As a side note I would like to point out that this illusion is not a defense for people who “lose control” over their own behaviors, just like the Law of Attraction is being misused as a defense as victim precipitation.

Now it may be a process of miscommunication or perhaps an attempt at control by misinformation or any number of “reasonable” explanations for people to accept what sounds good, but there truly is no good reason or explanation for the ignorant behavior of accepting theories because they simply sound good. If the human race has evolved out of the darkness of the Middle Ages and the Sophist’s contempt for discomfort, we should all look to expand our processes in reasoning and discernment.

If there is to be a contrast to the maladjusted adolescent stage of development one must undergo a growth process and learn to examine the whole picture without disregarding that which is hidden beyond the senses. In many cases it would take a very small degree of adjustment to expand a perception. Look at it as if you were watching a sunset through a window. If there is a tree in the middle of your view you can’t see the full sunset, but if you sit down or step to the side you may see the sunset clearly with out looking through the tree branches. You can see all of the colors and shadows at the same time, yet people still take small bits of information and form theories. They do not take the time to evaluate the full context of the situation. We live in an age where all you need is an hour on the internet to research different opinions and views on any subject, yet many people are content to accept truncated views and perceptions. They are choosing to behave as if this were the Middle Ages and only the privileged are allowed to read and comprehend.

There has been a growing awareness in this world and it has been cultivated by several traditions and by many trials in the lives of those who tread the harsh terrain of Truth. Anyone who has spent the time and cultivated a reasoning faculty even in some of the beginning stages of a truly Spiritual Tradition would know better than to accept half a picture. It would appear that the only valid reason for the acceptance of truncated perceptions would be a lax reasoning faculty. With a mentorship process that monitors and facilitates the true learning curve of the universe people develop skill and knowledge in order to discern a clearer and far more accurate picture of a situation. I don’t know how many times Rev. Strickler has told me in the middle of a lecture that he will answer my question after I come back from doing a little background research on a topic, or two, or three.

One of the first lessons and perhaps the most basic concept I learned in my process was the art of examining the full spectrum of any given situation. This was taught by the A and not A approach to examination. It means literally asking the question “what is this” followed by “what is this not”? This opens the mind to examine the full spectrum or rather POLARITY of the situation. The tradition of Qabala examines the full spectrum of polarity in order to find balance within a world that finds itself polarized to extreme points of difference. How does a person find balance without first examining the extremes in order to lend a point of contrast which allows that person to find a centered position and come to understand the truth of a situation?

Ironically people are already taught this concept particularly in the business world under the heading: Cultural Diversity. In short people are told not to take things for granted that there are multiple views and ways of approaching life. The contrasting of different cultures increases the sensitivity of people toward varied cultural experiences by teaching that them that there are alternative means of accomplishing tasks and living, that other ways are just as effective if not more so if applied properly. Talk about drawing people’s attention to contrasting differences! If people would use this same formula of contrasting differences and similarities in other situations on a regular basis this world would run a lot smoother than it has been.

People are encouraged to live in acceptance of one another through contrasting differences and honoring the fact that there is more to a person than meets the eye but they rarely extend that contrast to other areas of discernment. If we are truly a society of tolerance and acceptance then why is it so difficult to tolerate the acceptance of truths when it appears as if society is so accepting of ignorance?

If I were to answer this question with the same logic as the people accepting the Law of Attraction as a “Law” I would have to say that it is choice of ignorance that allows its acceptance in society. If I were to answer this question as a person who has a basic understanding of the Principle of Polarity I would say that it is the ignorance of a society that allows the furtherance of ignorance. The latter of the two responses would be my starting point for the application of the A and not A formula.

The acceptance of truncated perceptions by a society leads to a UNIPOLAR society with a small number, usually one, of the people controlling the vast majority. Unipolar is a term used to describe the diagnosis of Major Depressive Disorder in contrast to Bipolar Disorder in clinical terminology. Basically a person who suffers from this disorder will stay at the depressive end of the spectrum. Polarized toward depression they will have difficulty with a balanced perception, not too dissimilar to the difficulty one faces in life with a Unipolar view of the world. It is the effect of attraction to this end of the spectrum by the Principle of Polarity that is expressed in the physical world. Attraction itself cannot be a Law as it is an Effect in the physical world or rather a perception of some who are stuck in the realm of truncated perception and self deception having been polarized toward ignorance by choice.

It would seem fitting to end on a clinical definition to lend contrast to the behaviors exhibited by members of today’s society, but we would all do well to remember that we can only view the behavior itself. There is a lot more going on within the situation than what may be perceived from a distance.

May the evolution of human consciousness guide you to brighter sunsets of contrasting light and color.

you know you want to do it:
EV SSL Certificate
error: Alert: Content is protected !!